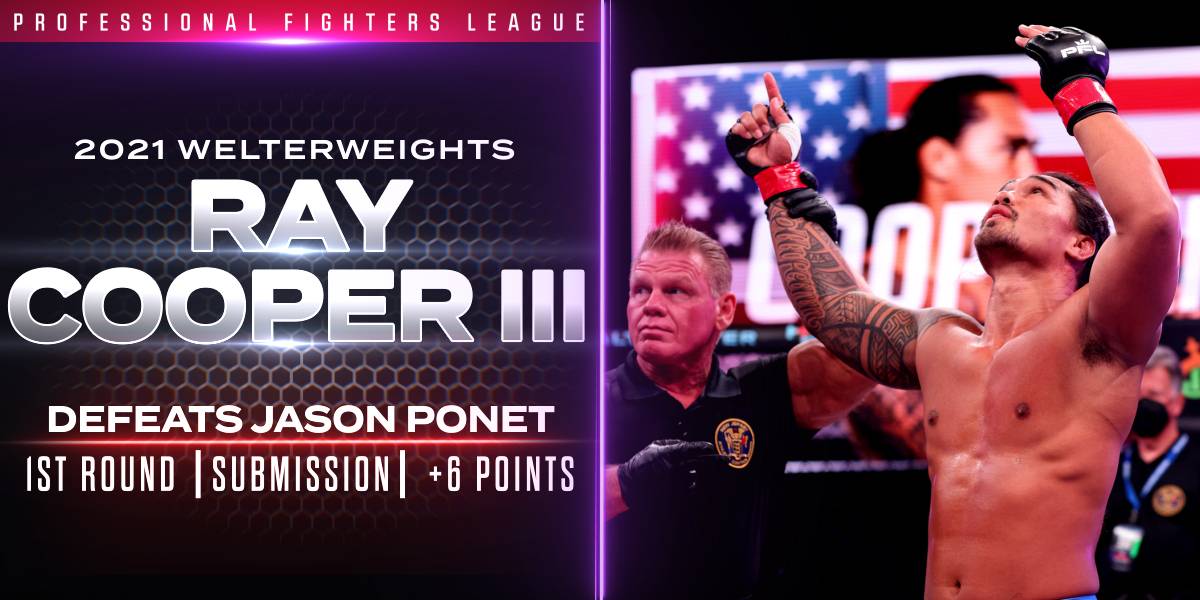 Last season’s welterweight champion, Ray Cooper III (21-7-1), began his 2021 PFL campaign at the league’s second event on Thursday, April 29. Cooper welcomed French Guiana’s Jason Ponet (20-13-1, 1 NC) to the Decagon. The Hawaiian Cooper had punched his ticket to the Championship in back-to-back seasons thanks to his crisp boxing attack, but faced a unique puzzle against the Wushu Sanda stylist Ponet.

Cooper stalked Ponet right away. Ponet looked for a takedown and Cooper sprawled to keep it standing. Cooper caught a knee in the clinch and slammed Ponet to the mat violently. Once on top, Cooper quickly slapped on an arm-triangle and coerced the tap from the newcomer.

The lightning-fast finish from the reigning champion earned him six points in the welterweight standings, skyrocketing him to the top of the division.