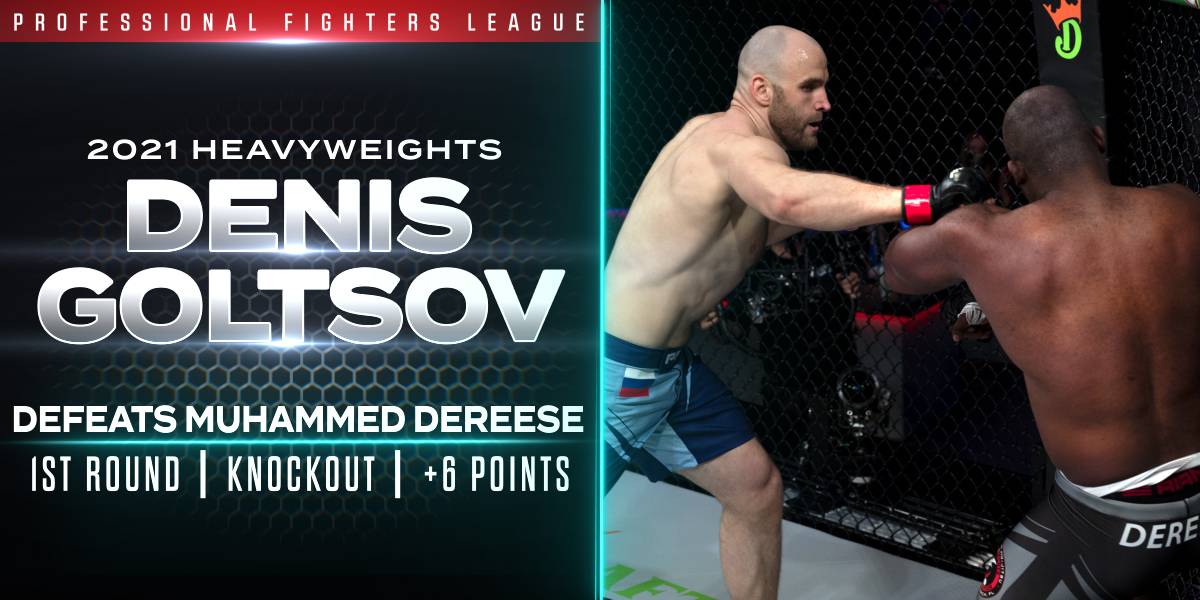 Russia’s Dennis Goltsov (26-6) returned to the PFL Decagon at the Regular Season’s third event, looking to secure another trip to the playoffs. Goltsov came up short against eventual Heavyweight champion Ali Isaev last season. He clashed with 2019 quarterfinalist Muhammed DeReese (8-3), who entered the bout having won six of his eight fights inside the distance.

Goltsov flicked his jab to begin the fight. DeReese attacked with low kicks against his taller opponent. A head kick from Goltsov was blocked by DeReese. The Russian began to open up with his kicking attack, hurting DeReese with a heavy shot to the midsection. DeReese froze from the kick, but he was able to gather himself and start defending. Goltsov remained patient from range, methodically picking DeReese apart. A question mark kick from Goltsov grazed the head of DeReese. He dragged DeReese to the mat and rained punches. Goltsov continued his assault and the referee was forced to step in and halt the bout before the round ended.

The impressive performance from Goltsov earned him six points in the Heavyweight standings.