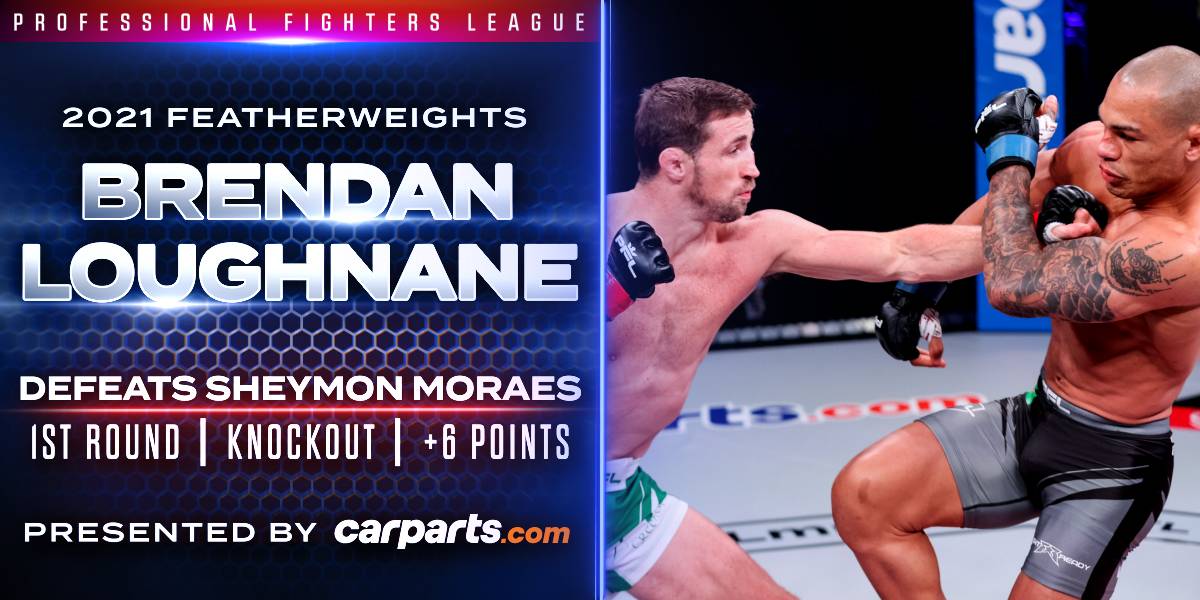 Loughnane (20-3) saw his first league action in the PFL Decagon, facing off with UFC veteran Sheymon Moraes (11-5). Loughnane picked up two wins outside of league action during the previous season, but was eager to start his journey toward a league title and the million-dollar prize that goes with it. Brazil’s Moraes sought to recapture the form that saw him challenge for a WSOF title.

The two featherweights wasted no time going to work. They traded heavy low kicks. Loughnane pumped his jab repeatedly and caught Moraes clean. The Brazilian Moraes switched up his attack, ripping the body of Loughnane. A right hand from Loughnane got through the guard of Moraes. A sneaky right hook from Loughnane hurt Moraes badly and backed him to the cage. The Brit smelled blood, but he patiently waited for an opening. He stayed at range and caught Moraes with a clean right hand that put him out for good.

Loughnane celebrated the knockout victory and the six points that accompanied it. He is now guaranteed at least a share of first place in the featherweight standings after the first event of the season.

“Six points! Who’s next?,” declared Loughnane after the highlight-reel performance. “That was decisive. No more judges’ decisions.”